Our first building under construction is a multi purpose facility and will also house mission teams from the States and Central America. We already incorporate missionaries from Belize, Honduras and El Salvador to work with us as we conduct evangelism outreach. Obviously, we are not waiting for a building to be finished before we begin the Lord’s work.

Ministry has included evangelism outreach as far North as Chiapas, Mexico and as far South as San Raymundo, Guatemala. Also, medical outreach has included a number of indigenous workers to interpret for U.S. medical personnel in remote medical clinics. Some of these outreaches require travel by sea and rivers to locations in Guatemala. One of the outreaches was established to bring medical help to Sarstun Village on the river by the same name. A medical clinic has been constructed which is having a vital impact on that river and surrounding Kek’Chi villages. Hundreds of Kek’Chi families that live in very remote villages are helped because of this. We have also provided necessary transportation for mobile medical teams.

Another aspect of the project is to help specific children. In the future we hope to minister to children with special needs in the areas of learning disabilities and the physically handicapped. 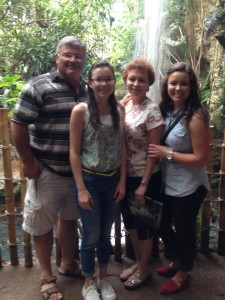 Global Outreach missionaries Bob, Rhonda, Meredith, and Hannah Farley moved to Southern Belize in September 1999. They worked with and helped several different groups in the Punta Gorda area before moving to Boom Creek Village in October of 2000 where Bob and Rhonda took on the responsibilities of managing the only school in the village. They have since conducted outreaches from Living Word Church (also in Boom Creek) and have helped in establishing various ministries. They also been instrumental in helping some local organizations become incorporated. 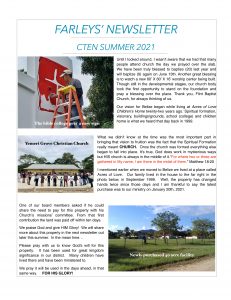